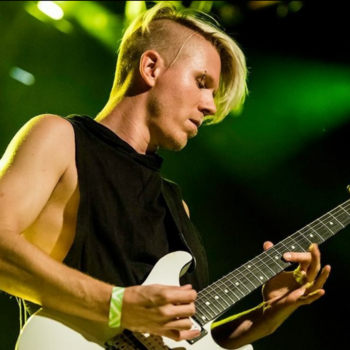 Guitarist Neil Swanson has a reputation for standing out. This blonde haired, Texas guitar slinger has been recognized for his skills by some of the biggest names in music, including guitar icon Orianthi, Eurythmics co-founder and mega producer Dave Stewart, and even the legendary Steve Vai, to name a few. His mission in life is to continue the legacy of the guitar rock genre. With his own upbeat original music, his live show re-introduces the style and passion of guitar players from the golden age of rock. With powerful riffs, beautiful melodies, and a classic meets modern sound, Neil is carrying the torch for a new generation of guitarists!

Grammy winning guitarist Steve Vai recognized Neil for being one of the top 10 guitar players in the US, winning Guitar Center’s Steve Vai Sessions contest. Neil was then chosen as an opening act for Vai, performing his own original music.