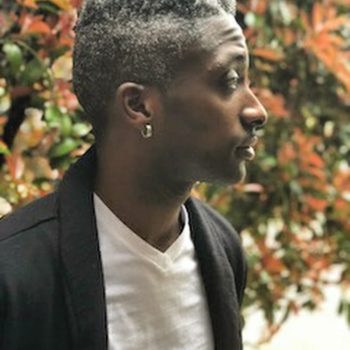 Daunte Borner, also known as Cheesy, is a multi-performing artist from Dallas, Texas. Ranging from pantomime, hip-hop, contemporary, acting/stage presentation, and many other related genres, Cheesy specializes in critiquing one’s performance. At a young age, he was very active in football, basketball, and track. When sports were not in season, he spent his time watching iconic films like Breakin and the Three Stooges. These movies inspired him to find his inner character which led to street dancing. From there, his passion grew and developed into a professional career where he uses dance as a platform to express his story through movement while teaching others to discover their own individual personality/purpose as artists.
At the age of seventeen, Cheesy attended Grambling State University in Grambling, LA. With a genuine passion for the youth, Cheesy received his Associates of Science with a concentration in Child Development. Training under Diane Grisby Maroney and Dr. King David Godwin, he later received his Bachelor’s degree in Theatre Arts, with a concentration in dance. Advancing his passion through education, Cheesy later received his Master’s of Fine Arts in Dance at Texas Woman’s University where his study of focus was deepening his pantomime performance/research by sourcing movement from song, character personalization and lyric interpretation. In summer of 2022, he plans to continue his educational development and obtain his Ph.D. in Dance at Texas Woman’s University where his study of focus would relate to the social and emotional learning for those in the performing arts.
Throughout his journey as professional dancer and choreographer, Cheesy has performed and worked with celebrity artists such as Leah Jenea from The Four (season 2), celebrity designer/stylist, Latasha Henderson from Project Runway (season 15), American singer-songwriters B. Slade, Rahsaan Patterson, and Byrson Bernard (Cupid). He has also performed with gospel singers Fred Hammond, Myron Butler, and Tony & Grammy winner, Jennifer Holiday. On the big screen and stage, Cheesy has been seen on “So you think you can dance” (season 12), a featured dancer in several of the Martin Luther King Tributes held at The Black Academy of Arts and Letters, Da-Bangg: The Tour-Reloaded, Halftime Performance at the Bayou Classic on ABC with the Grambling State Marching Band, and local influencer/performer seen on CBS 11, NBC 5, and TXA 21.